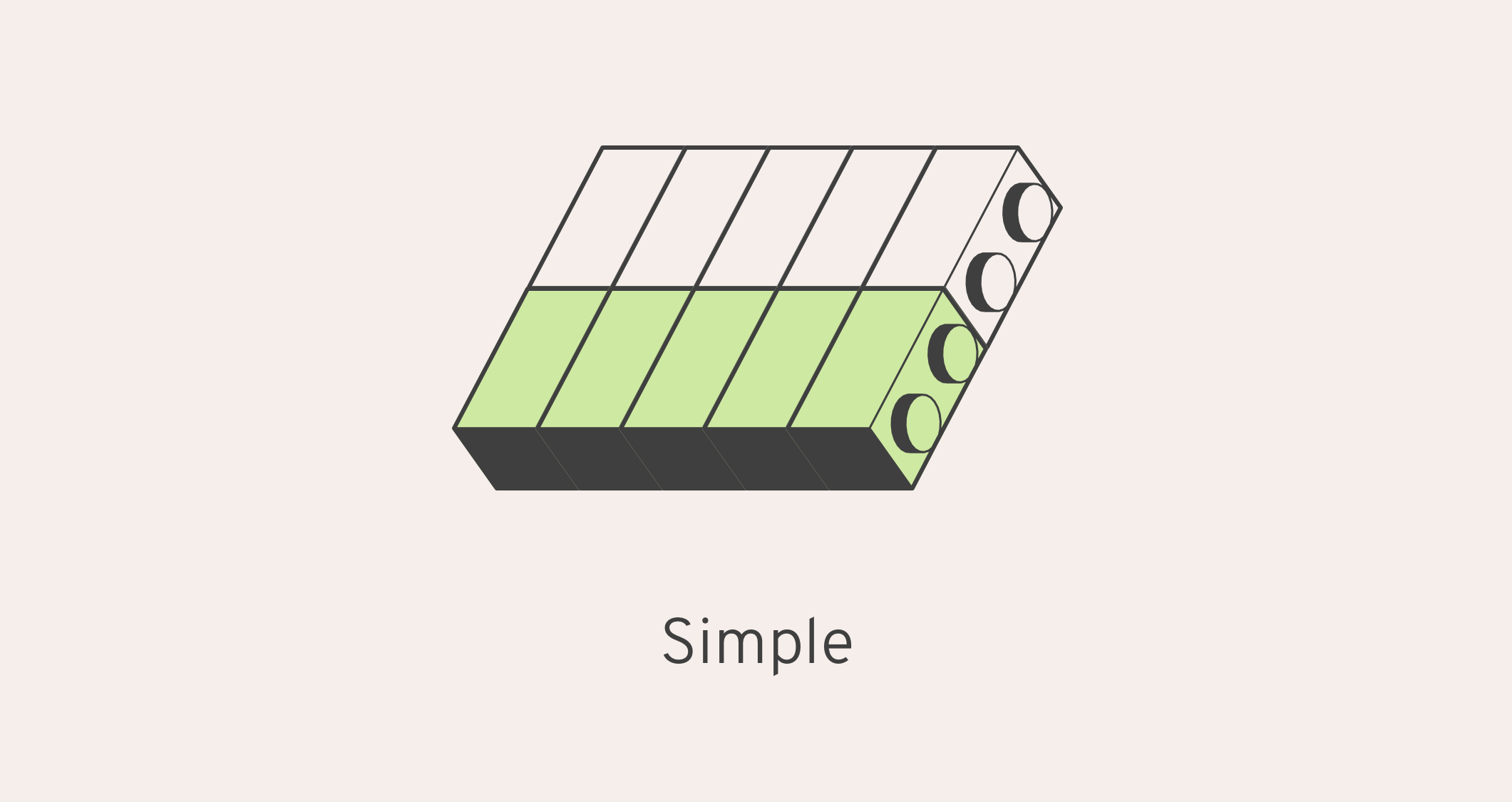 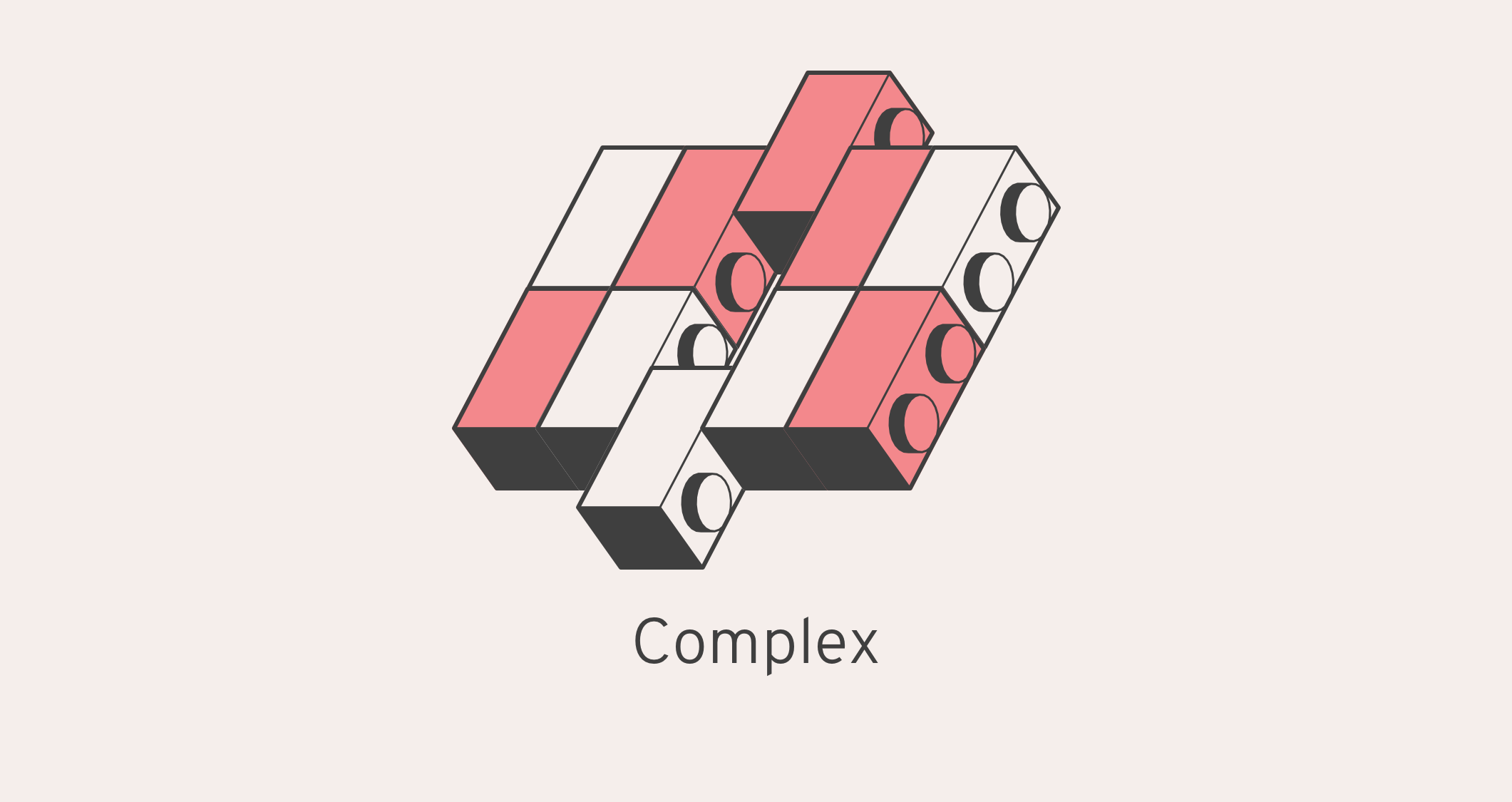 Simplicity is a prerequisite for reliability.

The benefits of simplicity are: ease of understanding, ease of change, ease of debugging, flexibility. 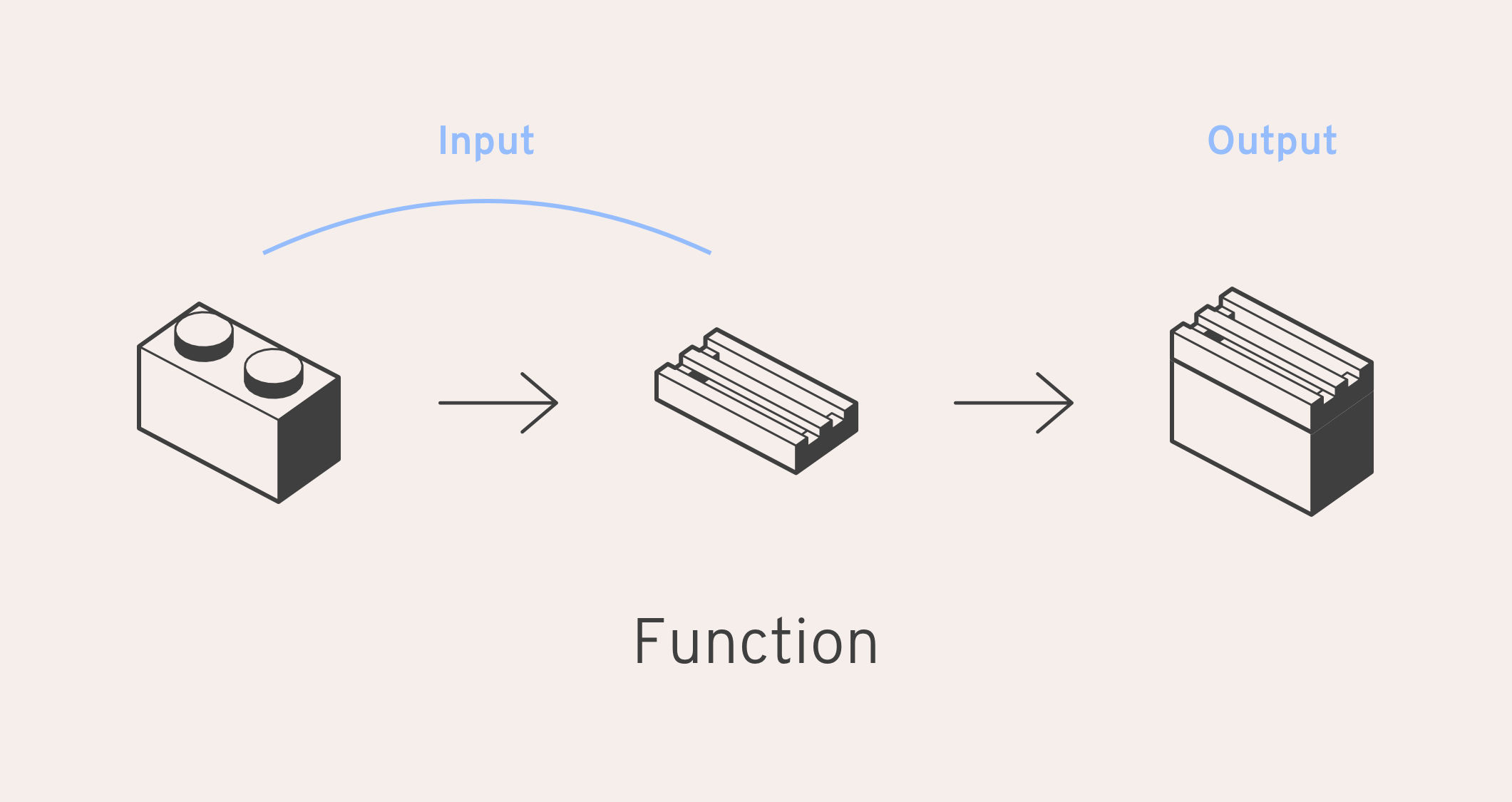 When we say that we are going to do functional programming, we are basically saying that we are mainly going to use functions. That’s all there is to it, just plain functions.

Not mixed or adulterated with any other substance or material.

— Definition of the adjective pure

This is very close to the concept of simplicity.

Purity in functional programming means that we don’t want any side effects, or at least manage them properly. Or to put it differently, we want a function to always have the same output given the same input. For example, say you have a function that makes an HTTP request, you can’t guarantee that that request will always return the same thing, it’s impure. 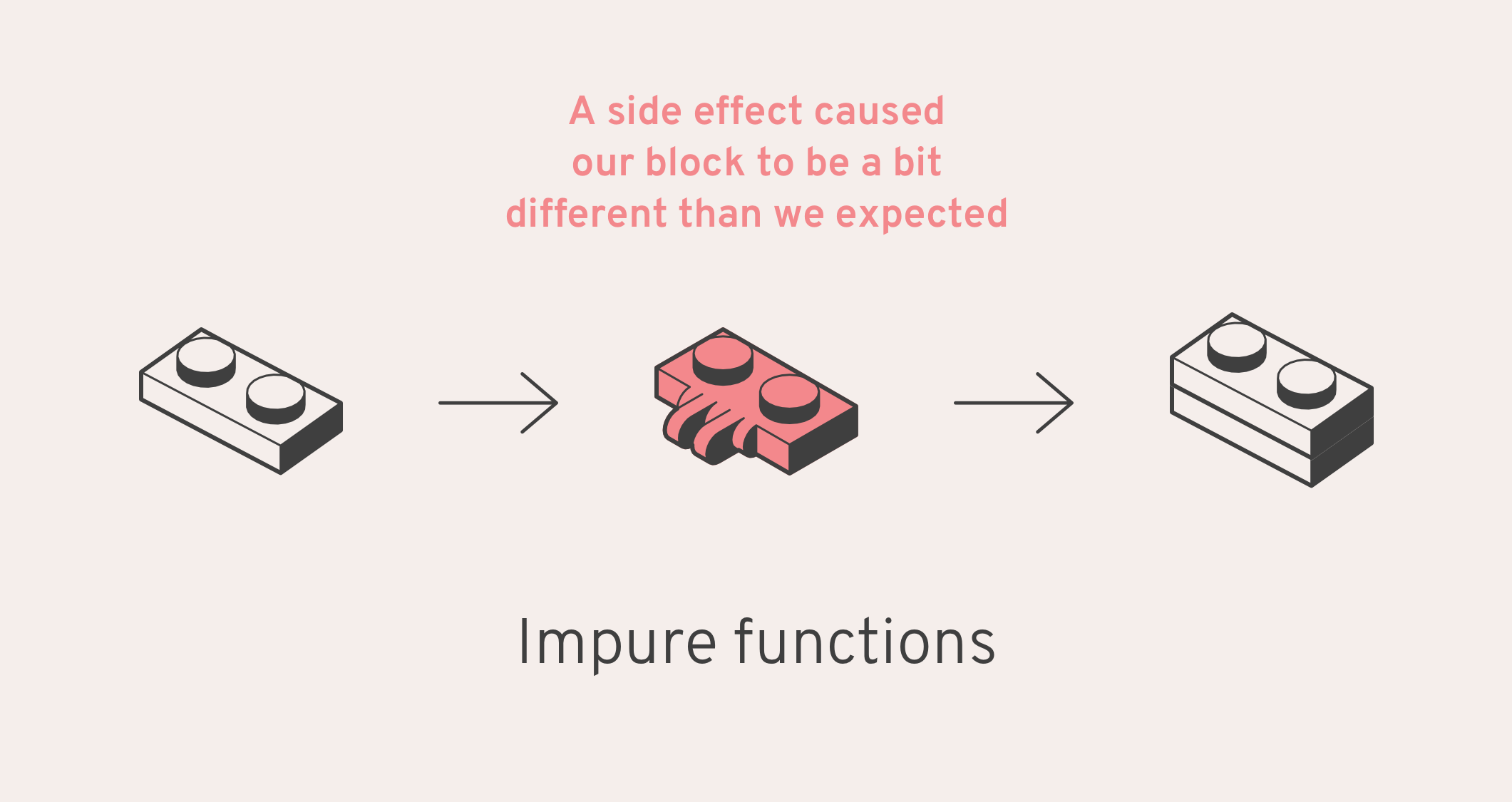 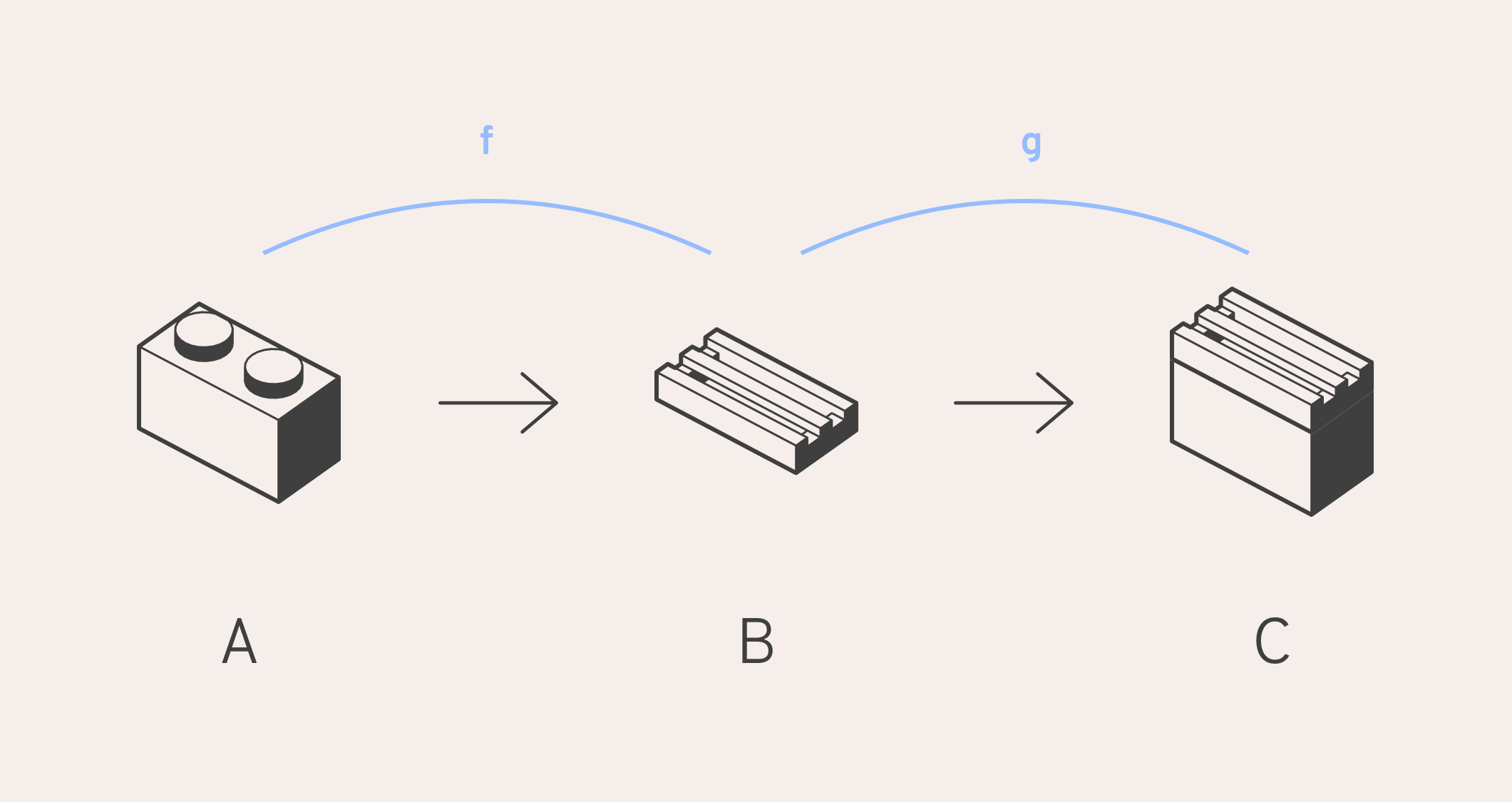 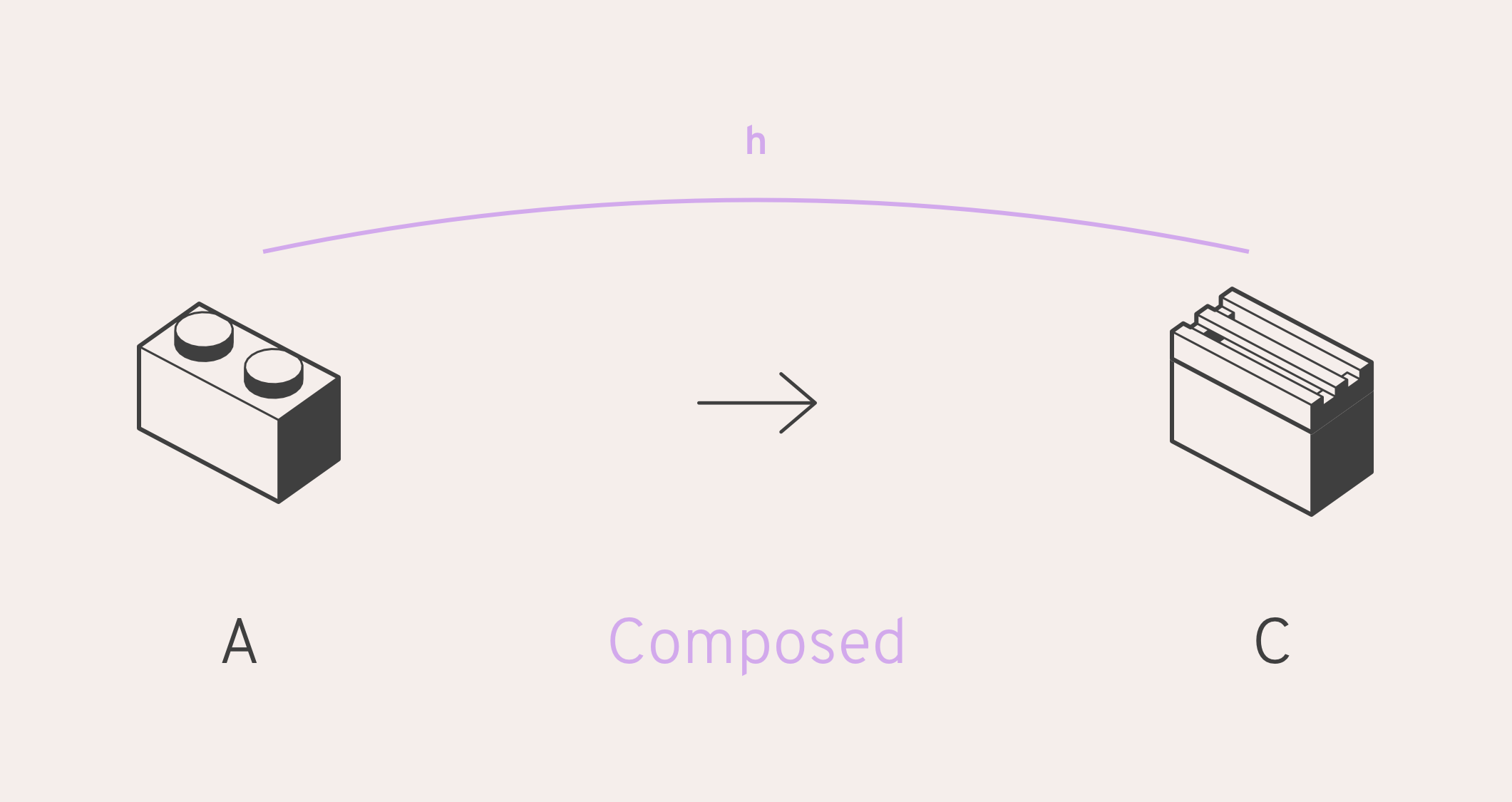 In Haskell you can do function composition using the . operator. This new function is saying first buyDynamiteFromStore (and tell it the exact store), then after that goIntoBuilding and finally strapDynamite.

Composition is the essence of programming.

This goes hand in hand with immutability, another feature of pure-functional-programming languages. Because everything in these languages is immutable, everything is simple. 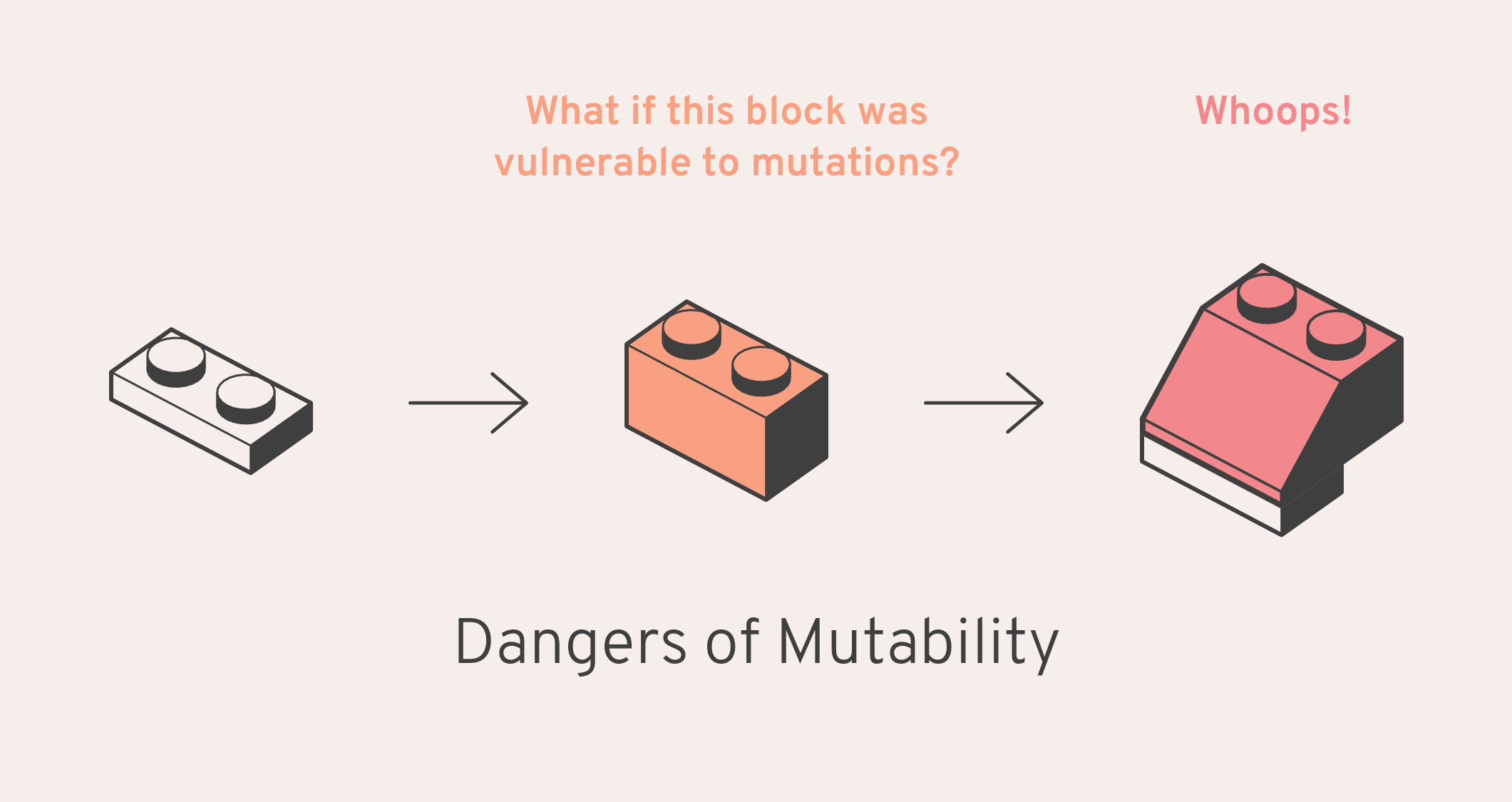 Types are how we group a set of values together that share something in common. Sometimes that commonality is abstract; sometimes it’s a specific model of a particular concept or domain.

Using types we can define blueprints for our functions: 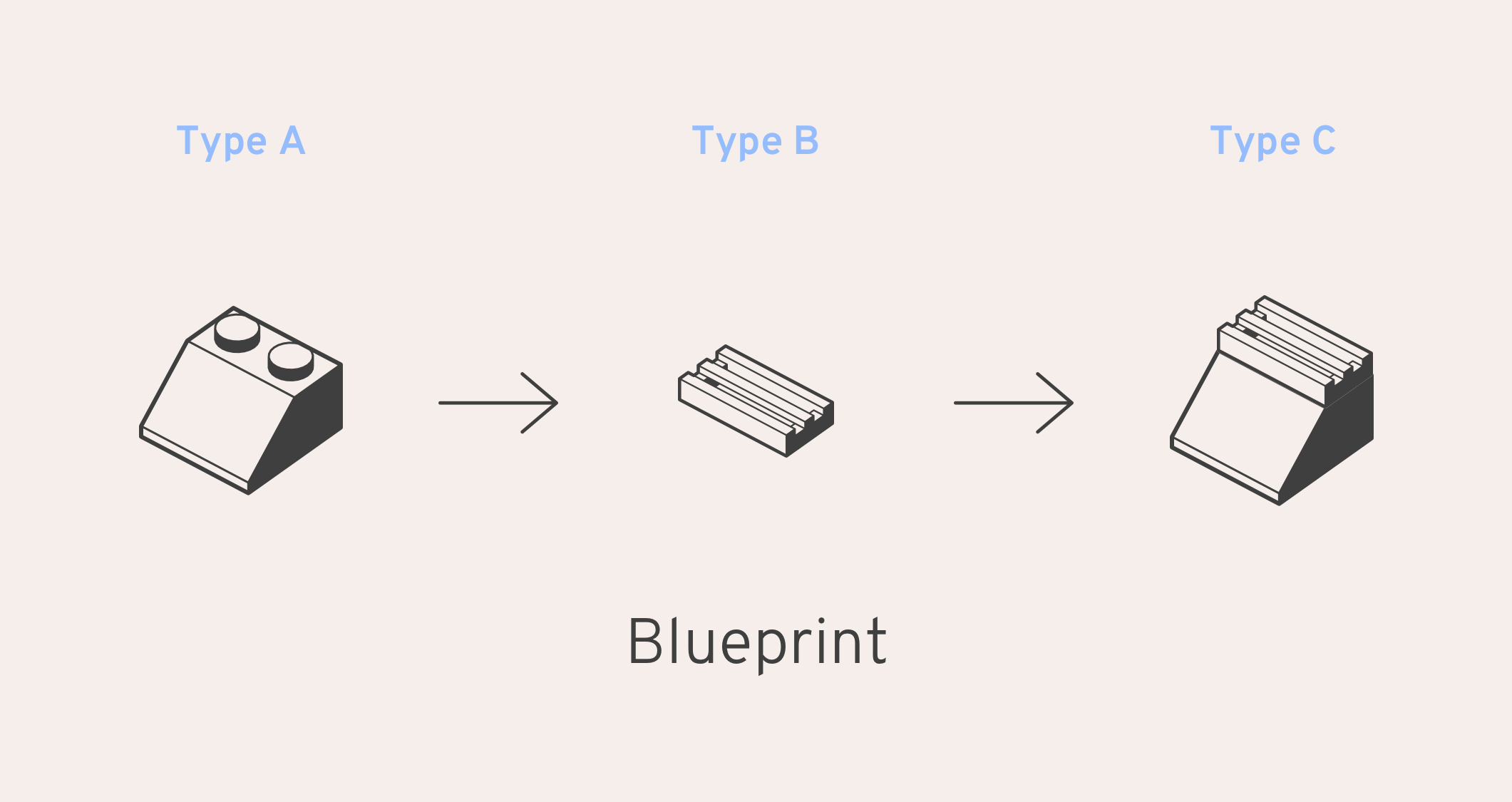 Our compiler now knows what to expect from this function, and consequently, the compiler can tell us if something is wrong. We don’t have to wait until the code is being executed at runtime. It’s also easier for us to understand what the function does, the function signature already gives us a hint. Or sometimes, as in this example, it gives us the full picture. That said, types don’t cover everything, we still need tests, especially for logic.

Here again mathematics comes into play, this time in the form of set theory and type theory. I won’t go into it here, the only thing I will say is that it allows us again to make certain assumptions and guarantees about our code.

Every programming language has a set of predefined types, like Integer and Bool, but we can also make our own types, here’s an example of a datatype: 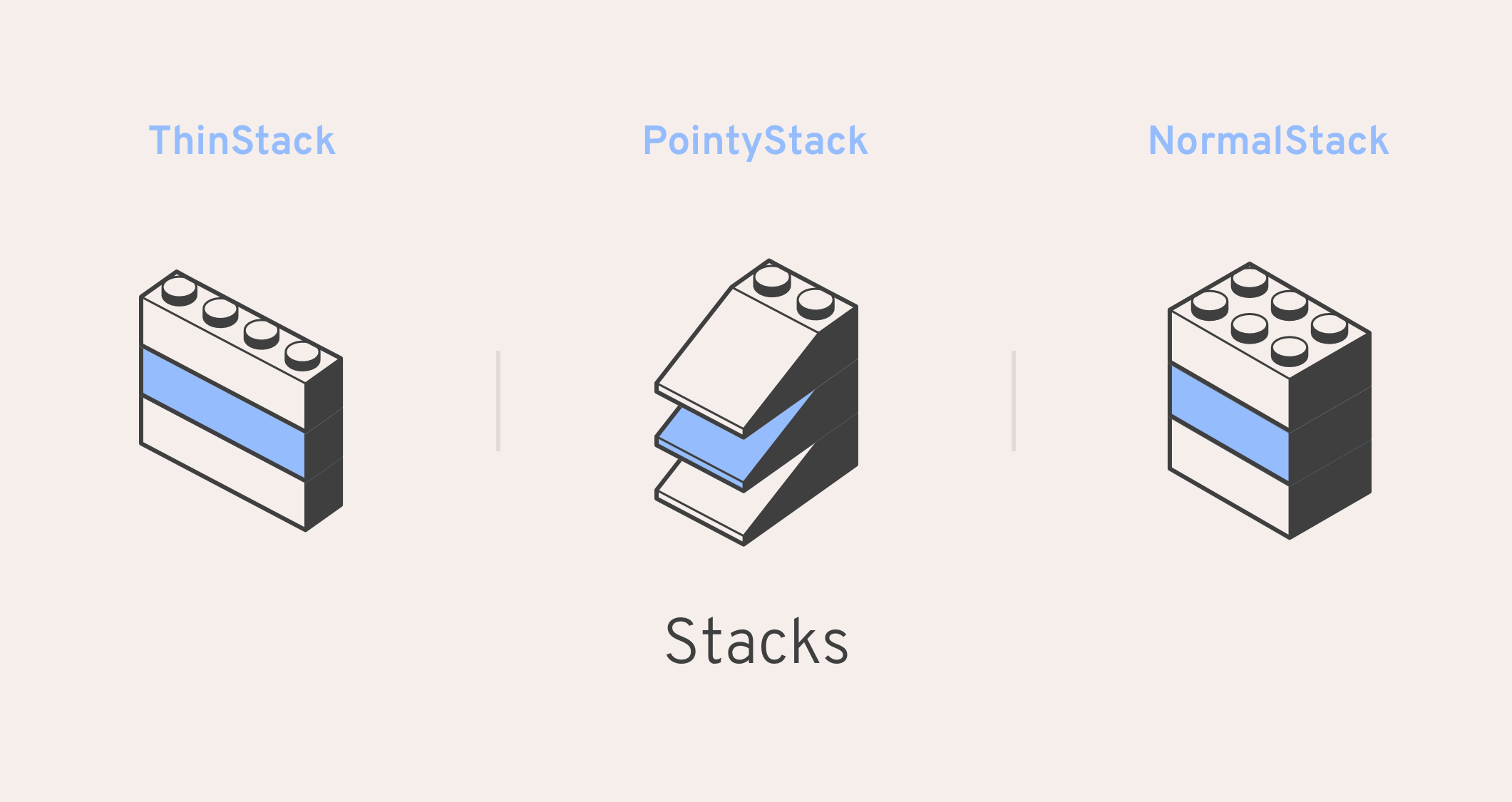 If a function takes an argument of the type Stacks, you can use any of these values. You can also make more abstract types: 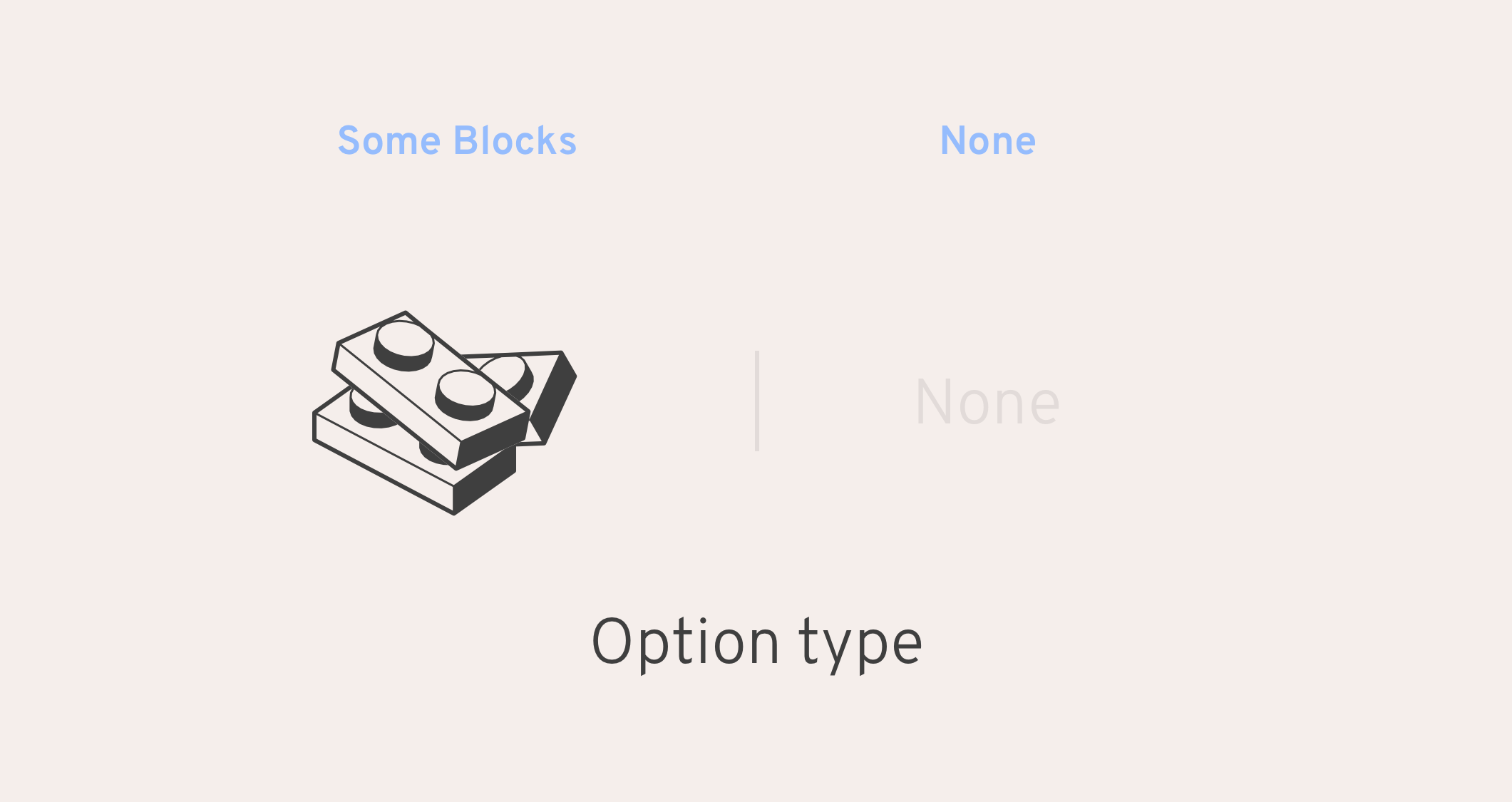 We could have some blocks or none at all. This is a better way to deal with none-existing values, as opposed to a null pointer.

You may be wondering why I’m using the phrase “building blocks”, it’s because, to me, this really feels like putting blocks together and sometimes dismantling them. 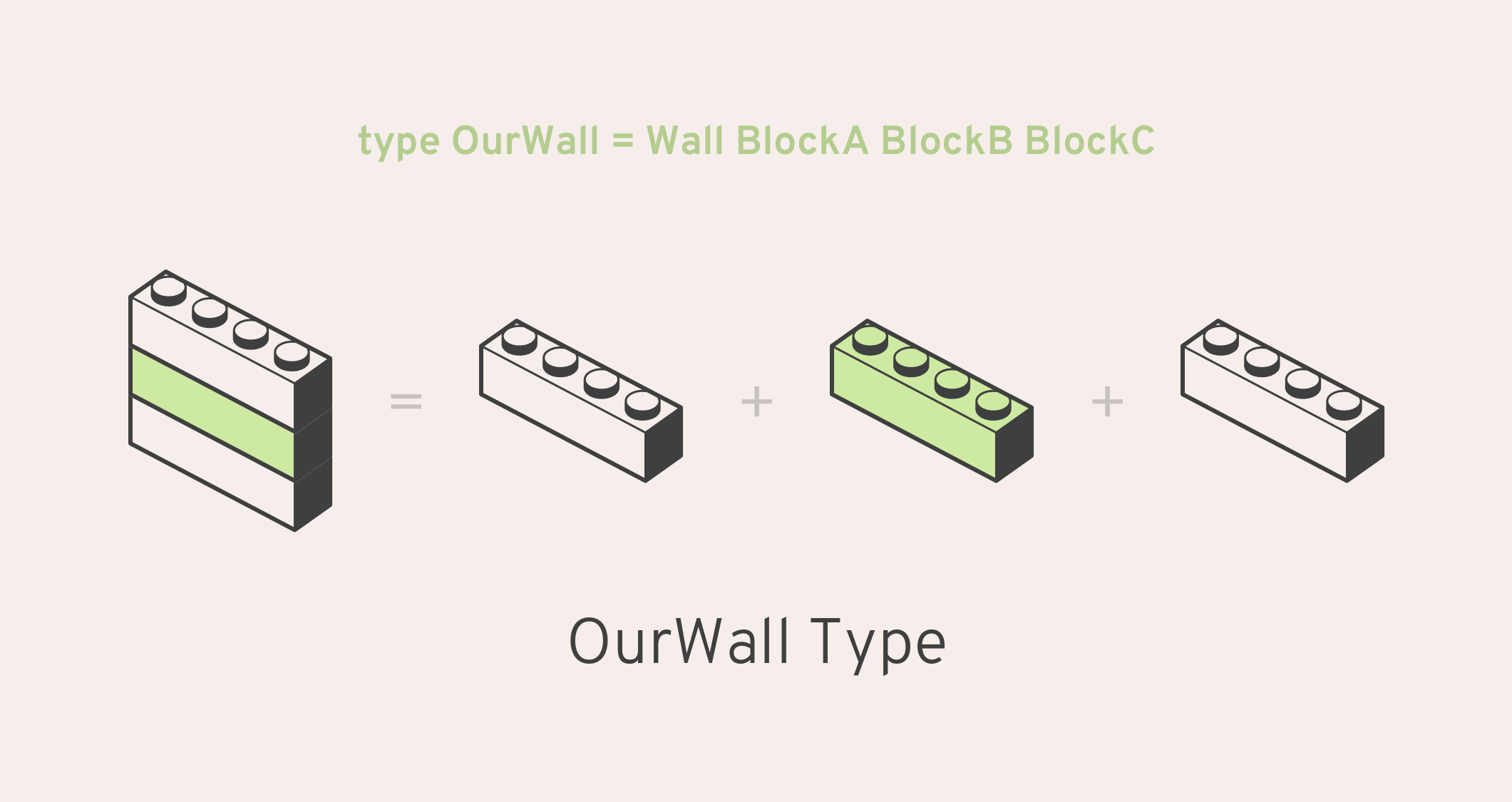 I hope this shows some of the basics and advantages of (pure) functional programming. The rabbit hole goes a lot deeper, but I think the basics alone are already super useful. 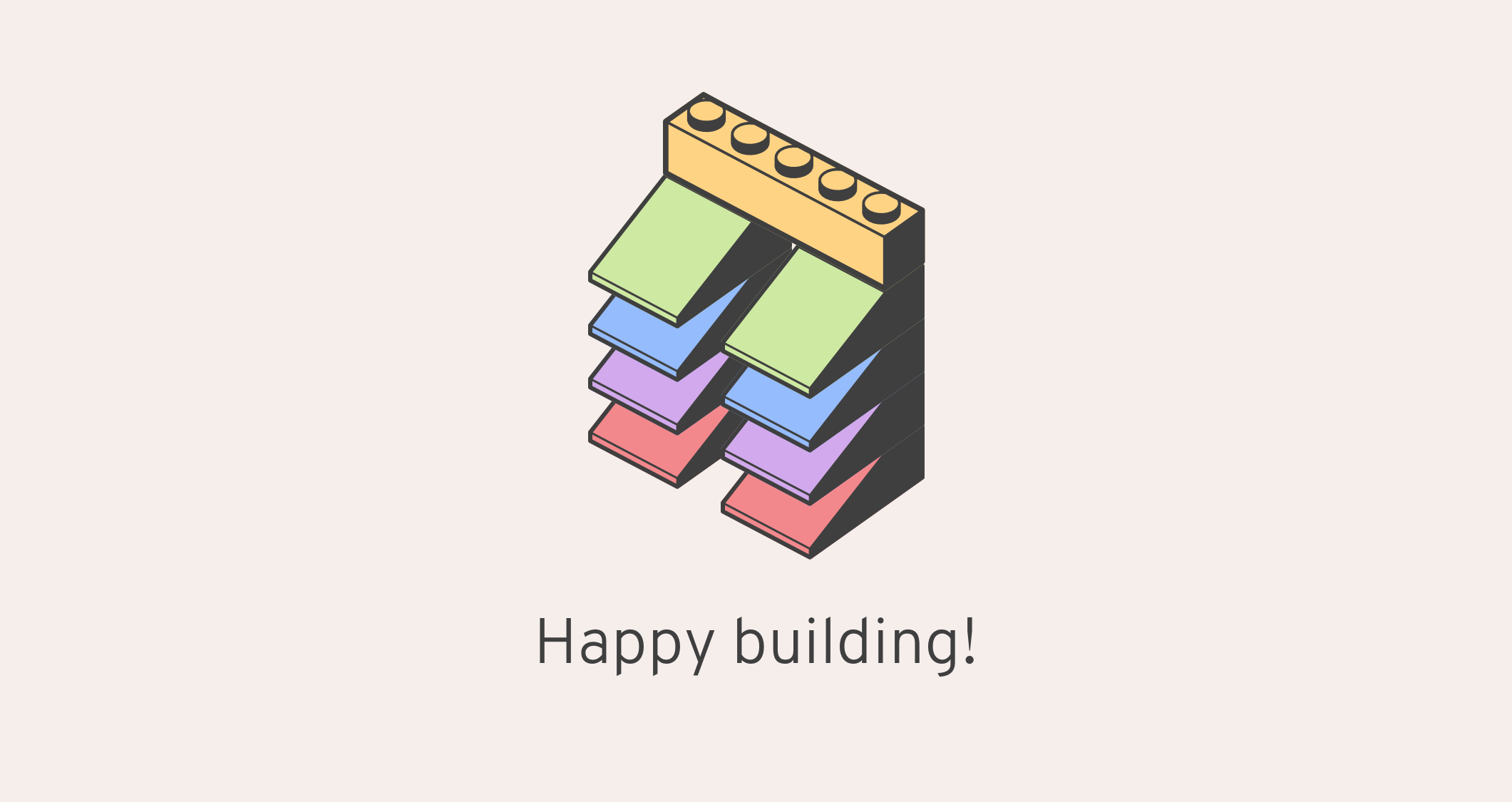